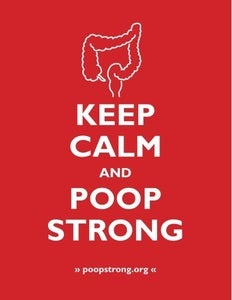 Debt collectors! In the hospital! Posing as normal people – like you and me!

In case you missed it, the NY Times broke a story last week out of Minnesota about a practice that is becoming more and more common around the country: Hospitals that are embedding debt collectors as employees to try and get patients to make good on their debts – sometimes even before they are treated.

Now, we know that with so many folks walking around with no insurance many hospitals are in a pickle.  After all, lack of insurance – or lack of good insurance for that matter – has never stopped anyone from getting hit by a bus.  Then again, most hospitals do receive millions each year to compensate them for unpaid medical bills and to provide financial assistance.

But, regardless of how you look at it, the whole practice just seems extremely underhanded.  Often patients – who are vulnerable, either recovering from or still in need of medical care – don’t even realize that they are talking to a debt collector.

Thankfully, there may be some changes coming down the line that may put the kibosh on these types of sketchy hospital practices.  A recent guest blog on Community Catalyst’s Health Policy Hub points out that the Affordable Care Act now requires non-profit hospitals to screen patients to see if they are eligible for financial assistance before engaging in “extraordinary collections practices.”  Of course, how this all plays out will remain to be seen.  At any rate – it’s definitely an issue to watch!

Click here to read the full story, titled “Debt Collector is Faulted for Tough Tactics in Hospitals,” via the New York Times.

Earlier this month, we covered a new report on hospital financial assistance released by the Community Service Society.  This report has been making waves since its release, so anyone who is interested in learning more on the topic now has a few more options to do so.

Elisabeth Benjamin, one of the report’s authors, recently appeared on Democracy Now! with one of the patient’s profiled in the New York Times article and Jessica Curtis of Community Catalyst to explain the issue a bit more.  You can check out the video above.

Also, in case you were wondering if there had been any response from the hospitals, Ken Raske – President of the Greater NY Hospital Association – did post a letter to the editor to the NY Times in response to this report. While he doesn’t challenge the contents of the report, he does point out that, financial aid flaws aside, hospitals are an important safety net for the uninsured and many continue to lose money.   Click here to read Ken’s letter.

Lastly, the story was picked up by Modern Healthcare, which you can read by clicking here.

We’ve all been there.

You try and pop a wheelie to impress your girlfriend and instead fall off your bike and bust your head.  Or, perhaps you wake up in the middle of the night with a sharp pain in your side and a raging fever.  A dull knife and a slippery onion.  Black ice.  Sometimes, you don’t even remember what happened – only that you’ve woken up in the emergency room.

This is one of the reasons why people have insurance – to protect them from the unknown, and the crippling costs associated with it.  But, it seems that more and more that protection that insurance offers seems to be riddled with holes.  Or rather, fine print.

The Daily News has been covering a series of stories about New Yorkers just like you and me who have been hit with unexpected medical bills, despite having full coverage insurance.  The culprit? Misinformation about who and what is considered “in-network.”  Often, even if a patient goes to a hospital that is considered in-network, the doctor who they get treated by might be not be part of that network.  Even patients who are able to call their insurance beforehand to check their benefits aren’t always given up to date information.  What’s worse – patients have no way of knowing who or what their insurance will cover until months later when the bills start to arrive.

New York’s Department of Financial Services is now working hard to crack down on this issue.  The department has opened up an ongoing inquiry to investigate these “surprise” bills and the lack of accurate information given to people by insurers and medical providers.  In short, they want to know why it’s so hard for patients who try to stay in-network to actually do so.

If you’re in this boat and are feeling like you’ve been duped – don’t lose hope.  There are still a couple of things you can do:

To learn more about this issue, check out the two recent Daily News articles: